In Libya anarchy reigns and international engagement is sorely needed

May 2013 was just another humdrum month in Libya. It witnessed more deadly explosions, a prolonged siege of government ministries, the disappearance of a popular militia leader, the closure of the Sebha airport by militiamen as retaliation, a declaration of Cyrenaica’s semi-autonomy by self-styled provincial leaders, the resignation of Libya’s president, and the start of the witch hunt to cleanse the public sphere from those who served the Qadhafi regime in any capacity.

TO READ THE REST of ARTICLE YOUR ATTENDANCE IS APPRECIATED 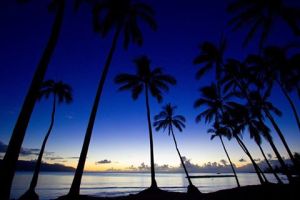 TRIPOLI, June 17, 2013 (AFP) A Libyan court acquitted two former aides of slain dictator Moamer Kadhafi on Monday of charges connected to the deadly 1988 bombing of a US airliner over Lockerbie, Scotland.

Clashes in Libya’s second city of Benghazi between former rebels and anti-militia demonstrators killed at least 31 people and wounded more than 100, the LANA news agency said on Sunday.

BENGHAZI: At least three soldiers were killed as special forces clashed with armed activists in the eastern port city of Benghazi early Saturday, the army reported.

The interim leader of Libya’s army warned of the danger of a “bloodbath” as the unrest in the city flared up again a week after clashes there killed more than 30 people.

A bomb exploded outside the Libya Hurra (Free Libya) internet TV station in Benghazi early this morning. No one was injured in the attack which occurred around 1 am in the city’s Hadayeq district, but there was some damage to buildings and at least one car parked in the street.